People often ask me about the “clawback” provision in real estate private equity funds. Note that this is not the same thing as the “catch-up” mechanism, which you can read about here.

Here is a plain English explanation of what the clawback is, what it does, and how it works.

A real estate private equity fund is an investment vehicle that first gets a large pool of investment capital commitments, and then goes out and identifies multiple transactions in which to invest that commingled capital. 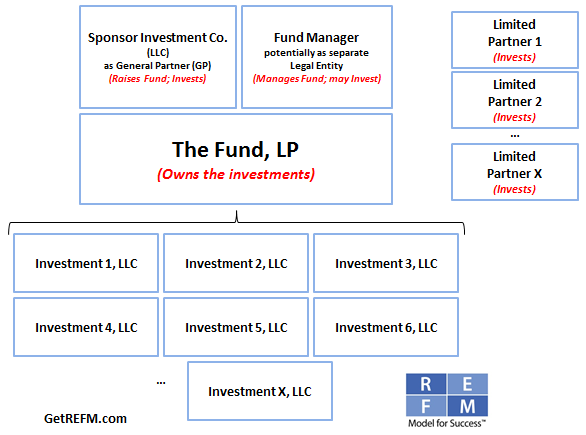 The general financial compensation structure of real estate private equity funds is for the General Partner (aka the GP, or Sponsor), who raised the fund and whose members serve as the Fund Manager, to be compensated (above and beyond the return of their invested capital) through: 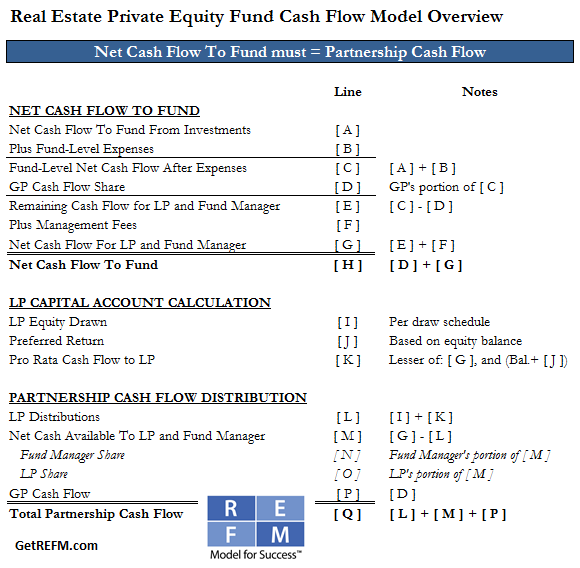 In other words, payment of the carry is subject to the fund first achieving and paying the Pref to the Limited Partners. The Pref is typically calculated on a compounded basis on all of the LP’s unreturned invested capital and all of the LP’s earned but unpaid (Preferred Return) interest, and which is paid (the act of payment is called a “distribution”) when cash flows are available to do so, either monthly, quarterly, semi-annually or annually, as dictated by the fund documents. If the Preferred Return is not paid out at a designated distribution milestone, then it will accrue, or accumulate, on a cumulative basis.

A typical promote amount to the GP on these incremental cash flows beyond the payment of the Pref is the payment of available dollars up to the point where the GP has been paid in total 20% of the fund’s profits.

So, to be clear, excluding any Management Fees, the General Partner’s total share of cumulative fund profits is typically capped at a nominal contractual percentage of 20%.

When the clawback can come into play

In the beginnings of the private equity fund business, the Fund Manager only received distributions of their Promote after the Limited Partners had received all of their invested capital back, which would likely not be until the end of the life of the fund (funds are typically 7-10 years in length). Thus, any Promote Payments that were made after the fund was liquidated could be precisely allocated at that point in time to not exceed the maximum share of fund-level profits for which the General Partners were eligible.

Over time, and due to the frenzy in the real estate market in the late 1990s and early 2000s during which time the markets were awash in equity capital, strong fund Sponsors with proven high-performance track records (such as Blackstone) successfully negotiated earlier (“front-loaded”) distributions of their Promote, so they could be rewarded sooner for big wins that happen earlier in the life of the fund.

The clawback came about to protect the fund’s Limited Partners from the possibility of either a) the fund not achieving its targeted Preferred Return levels when measured as of the end of the fund due to weak performance and/or losses on transactions that came later in the life of the fund, or b) the GP having received, as of the end of the fund, profits totaling more than their contractual ceiling percentage amount.

The clawback, should it need to be triggered, works in the following way: as of the end of the fund’s life, at which point all investments have been liquidated, the Limited Partners have the right to “claw back” what, at that point in time, can then be calculated and classified as “excess” carried interest distributions made to the General Partners up to the point at which the General Partnership’s share of cumulative net fund profits no longer exceeds the nominal ceiling amount to which they were limited. 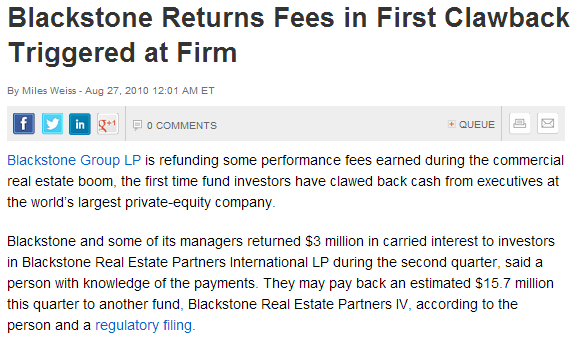 Blackstone fund GPs had to return some previously distributed carried interest in 2010.

If you want to learn all of this in the context of a spreadsheet, buy our Private Equity Fund Modeling Self Study Tutorial.